In all pagan traditions in the world, you can find the concept of energy centers that reside in the astral body, the pranic body. The word Chakra derives from Sanskrit language and means wheel. As the Chakras are not static but rotate energy constantly. The vital force of energy in the body moves through particular centers. In Yoga, these centers are called Chakras.

Charkas are immaterial energy centers. They are located along the Sushumna Nadi, our main energy channel. They are connected with each other, constantly balancing our system.

Chakras and the physical body

These energy centers have distinct qualities and purposes and are connected with certain bodily functions as well. So, every Chakra is connected to specific organs and glands, which produce hormones that influence and guide our behavior through emotions and physiological processes.

Each Chakra is represented with a certain vibration, expressed in colors. The higher you move up in the main Chakra system, the more subtle, the more sublime the energy becomes. From worldly traits, it moves to more mental and spiritual qualities.

All main Chakras have a so-called Bija Mantra connected to their qualities. Bija is a Sanskrit word and means seed. Bija, seed Mantras are powerful and hold the full potential of the correspondent Chakras. They can be chanted aloud or mentally for activating and balancing the energy centers.

We speak of 7 main Chakras in the yogic tradition. There are many more Chakras which support the flow of life energy all the time. But first, let´s take a look at the main Chakras.

At the base of the spine rests the root chakra. The colour is red and the sound is “LAM”. Concepts associated with the root chakra are grounding, origins, and survival. As a source of sustaining life, it is connected to the adrenal gland which produces Adrenalin and Noradrenalin, controlling our behavior in the survival mode.

At the pelvic region, the sacral chakra rests in the Sushumna Nadi. The colour is orange and the sound “VAM”. The sacral chakra associates with creativity, sexuality, abundance and self-respect. It often is referred to as the sexual Chakra as it connects with all reproductive organs like ovaries and testicles. Thus, the linked hormones are estrogen and testosterone.

Just above the navel and below the diaphragm the solar plexus chakra lives. The colour is yellow and the sound is “RAM”.  Here our determination will power, and courage resides. The fire we feel within and the fire that digests the food. So, the connected hormone is insulin secreted by the pancreas.

The heart chakra is found at the center of the chest. The colour is green and the sound is “YAM”. The source of virtues like compassion, forgiveness, and awareness. The capability to feel unconditional, divine love. Its functions are connected to the thymus gland producing Thymosin and Thymopoetin I and II.

Above the top of the head lies the crown chakra. This Chakra is beyond color, sound or physical representations as it the connection to the highest source. If you want to imagine something you can use the color white or silver. The crown chakra represents enlightenment, vastness, and limitless knowledge. All meditation raises the energies up to this chakra for full Kundalini awakening.

PrevPreviousMy yoga journey in the Himalayas
NextOnline Pranayama training-Level -1, 2022Next 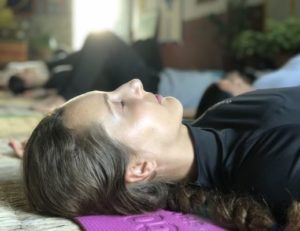 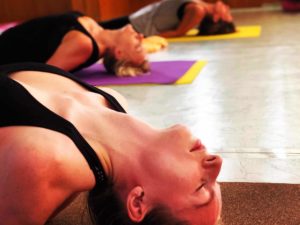 How to release emotional pain with hatha yoga? 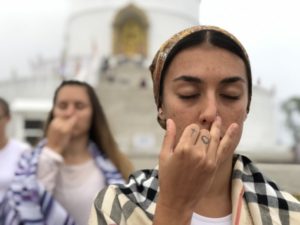